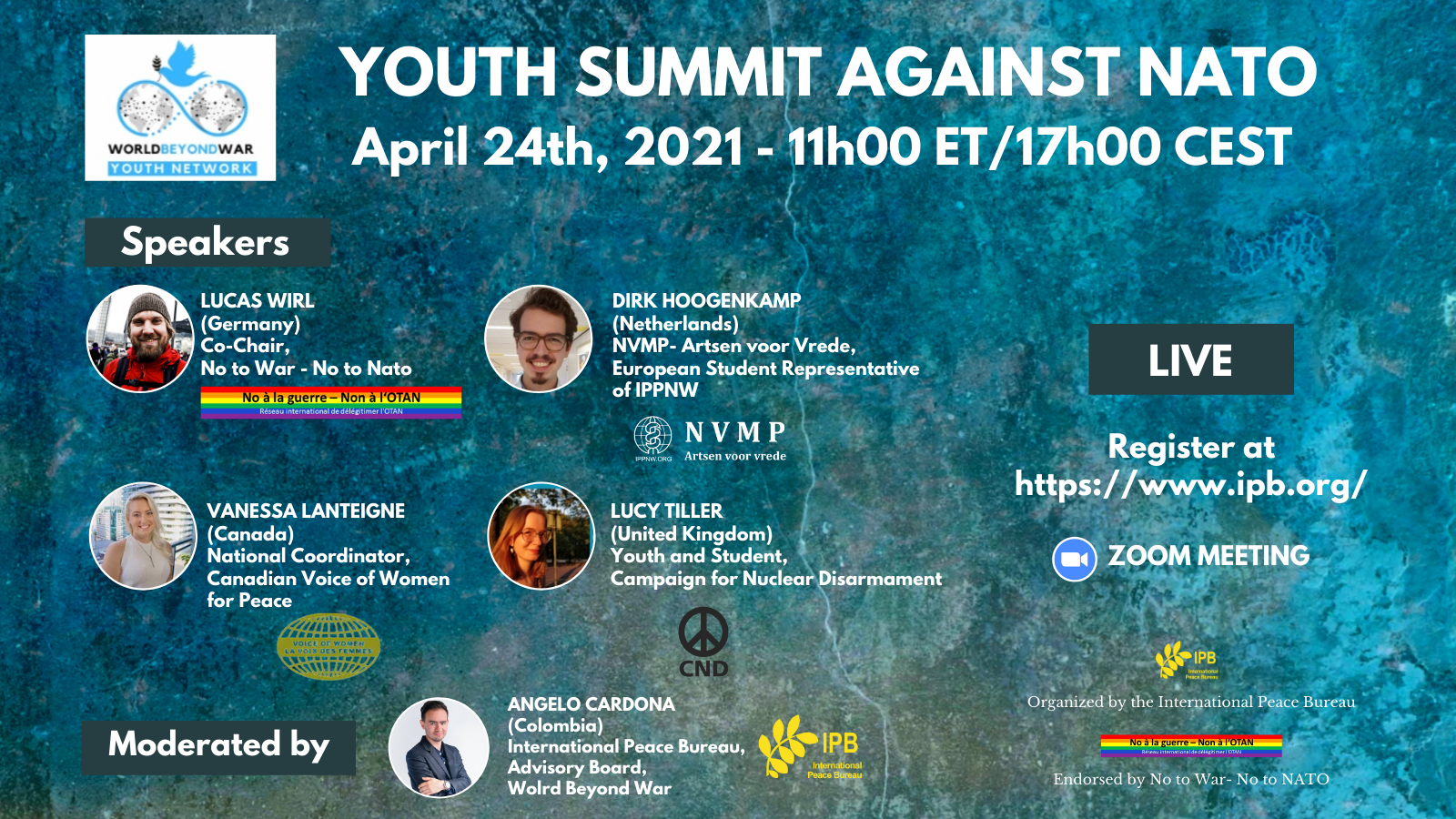 Join this 90-minute webinar to hear from youth peace activists about their opposition to the North Atlantic Treaty Organization (NATO). The future of the alliance depends on young people. NATO Secretary General Jens Stoltenberg, said that ”young people have the greatest stake in NATO’s future” during the NATO 2030 Youth Summit held in November last year. The new agenda of the transatlantic alliance called “NATO 2030” seeks to indoctrinate younger generations into the false narrative of militarized security that the alliance has promoted for decades.

The first Youth Summit Against NATO will gather young leaders from the peace movement to share their thoughts about resisting NATO and the implications this nuclear-armed alliance will have for their future.

Organized by the International Peace Bureau.