US, FSM Reach Consensus on a Plan to Build Military Base in Micronesia 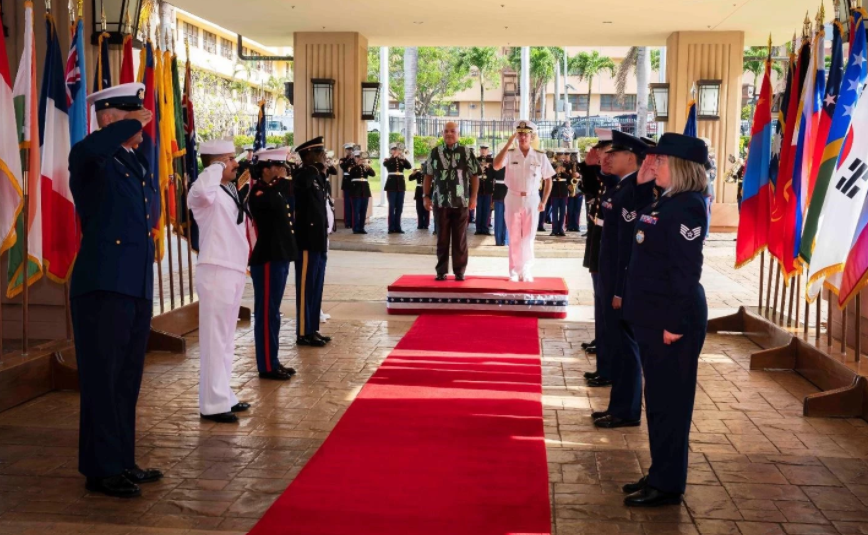 The United States and the Federated States of Micronesia have agreed on a plan to build a military base in the Pacific island nation, in line with the Pentagon’s strategic ambition to increase its footprint in the Indo-Pacific region and keep China at bay.

“It’s such a comfort and relief to hear so clearly that the FSM is part of the Pacific homeland—that is, that the FSM is clearly part of the U.S. homeland defense plans that the United States is poised to defend,” Panuelo said in a statement after the meeting concluded on July 26.

According to a press release from the Office of the President, the U.S. and FSM have pledged to collaborate on plans “for more frequent and permanent U.S. armed forces presence” and “to cooperate on how that presence will be built up both temporarily and permanently within the FSM, with the purpose of serving the mutual security interests of both nations.”

The FSM is freely associated with the U.S. by virtue of the Compact of Free Association, which obligates the U.S. to provide Micronesia with economic assistance, defense and other services and benefits in exchange for the U.S. military’s right to use Micronesia’s land, air and water.

“I asked the question: ‘How will the United States defend the FSM?’ And the answer has never been clearer,” Panuelo said.

While the FSM is emerging as an important component of the Indo-Pacific strategy to neutralize China’s threat, it wasn’t known how the FSM’s openness to Beijing played out during the 10-day meeting.

Earlier this year, Panuelo reaffirmed his proposal for Beijing to consider the FSM as a regional transshipment hub for China’s 21st Century Maritime Silk Road– an invitation that would entail wider accessibility of the nation’s waters.

According to the FSM government, the meeting “discussed a wide range of topics in detail and with the aim of openness and frankness.”

“What it all means is that Micronesians and Americans alike can sleep better, confident that the FSM-US enduring partnership is stronger than it has ever been,” Panuelo said, “and that U.S. commitment to our nation’s security manifests in many forms, such as climate change mitigation and adaptation efforts through the United States Agency for International Development and U.S. Coast Guard Search & Rescue operations, law enforcement training, and more.”