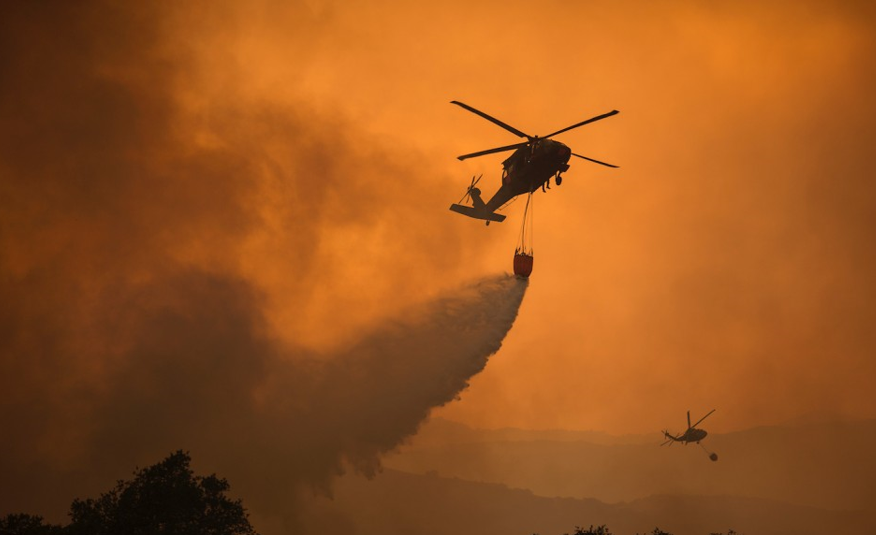 The United States Military may have found its next Forever War. And it’s a doozy.

National Guard units across the country have been called to battle wildfires, conduct rescue operations in flood-stricken areas, and respond broadly to disaster relief brought on by climate change.

Instead of deployments to Iraq and Afghanistan, National Guardsmen are utilized in the United States as medevac personnel providing transportation, equipment, and evacuation help. Black Hawk helicopters, Chinook helicopters, Lakota helicopters, even the dreaded Reaper Drones are now being deployed for fire mapping and rescue operations in California.

Climate change is the new call to war.

Could the military’s mission change from war-fighting to climate change response? If so, is this a good thing?

NATO has already created the Euro-Atlantic Disaster Response Coordination Centre (EADRCC)  which “coordinate[s] aid provided by different member and partner countries to a disaster-stricken area in a member or partner country.” The NATO Alliance also established the Euro-Atlantic Disaster Response Unit, which is a “non-standing, multinational mix of national civil and military elements that have been volunteered by member or partner countries for deployment to the area of concern.”

It seems NATO is hot on the idea, stating on their webpage that crisis management is one of their core, fundamental tasks. They are locked and loaded, ready to fight disasters caused by climate change. A Forever War against extreme weather.

Using the military for climate crisis response may sound like a good idea, but the U.S. Military is the largest institutional polluter in the world. It seems inconsistent, if not immoral, to summon them to fight the “fire” while they continue burning colossal amounts of fossil fuels. Perhaps they could address their own destructive behavior first?

Additionally, would such a vague task as fighting extreme weather brought on by climate change lead to mission creep, ballooning budgets, a “need” for more world-wide bases to respond to climate change? Could they simply roll their endless war scenario and titanic budgets from “terror” to climate change response?

The military may have the capability and logistical expertise to respond quickly and on a large scale to national emergencies, but the tensions inherent in civil-military relationships must be considered. Boots on the ground may be welcome at first, but does their presence and authority pose a threat to civilian rule?  What if they remain longer than the resident civilians feel necessary? What if they never leave?

This concern of “complicating matters for civilian responders” is vitally important. Given the fact that NATO, and the U.S. specifically, are the primary belligerents in wars across the globe, isn’t it possible these same military forces would be called upon to render aid where they are either waging war or have recently done so? How would the local population respond?

Additionally, would these military forces only be deployed to “friendly” countries experiencing climate change disasters, while those perceived as “adversarial” are left to fend for themselves? Such a scenario leaves the “Euro-Atlantic Disaster Response Unit” a political tool in the hands of governments with agendas not always prioritizing humanitarian relief. Geopolitics quickly come into play, not to mention the corrosive power of a global military-governmental-industrial complex ostensibly committed to fighting a war on climate while reaping stratospheric profits.

Militaries are always in search of their next mission, especially those which have no defined end. This is the essence of a Forever War: unlimited budgets, never-ending deployments, newer and deadlier weapons and wares. While this particular call to war may sound appealing, even benevolent, an offering hand can quickly become a clenched fist. And so, be wary, be vigilant, be afraid. The military is on the move.