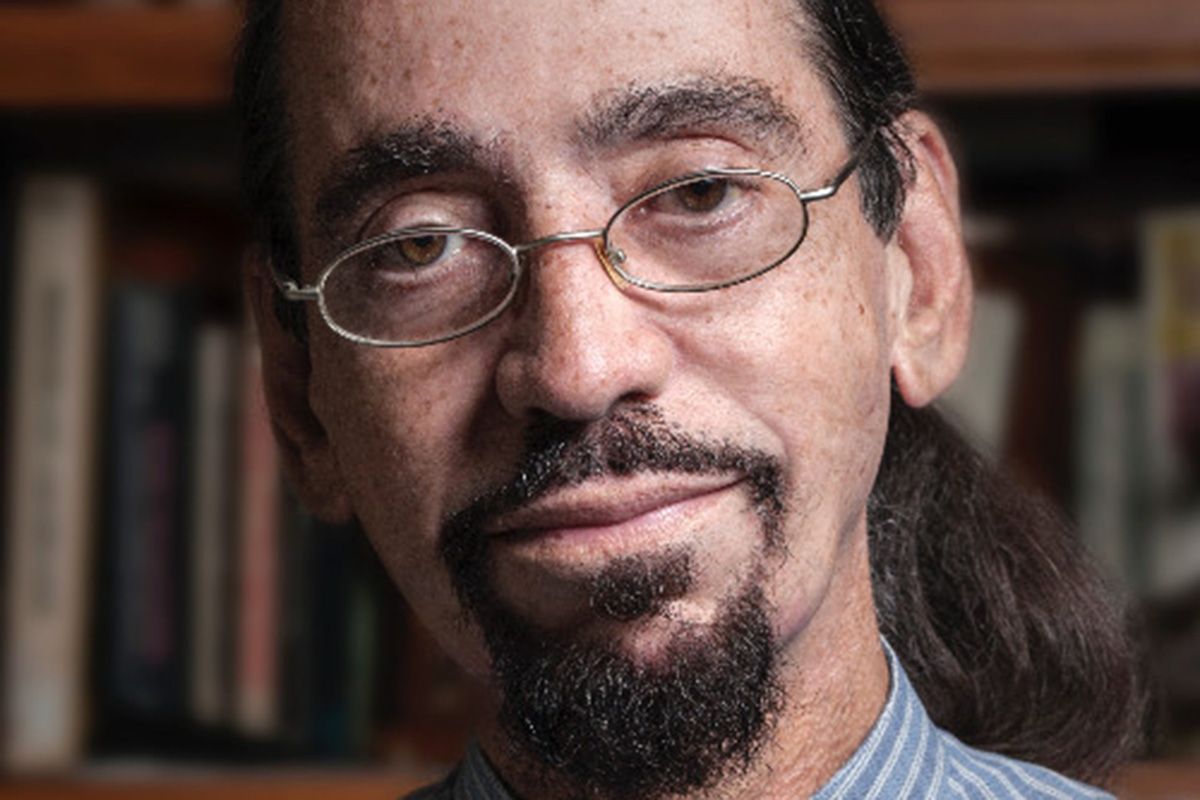 NOTE: It is with great sadness that we report the death of Glen Ford, a friend and mentor to us at Popular Resistance. Glen was a man of deep integrity who always cut through the distractions to focus on what mattered and who provided a brilliant analysis of the political situation with razor-sharp clarity and consistency. He is greatly missed. Our hearts go out to Glen’s family and the team at Black Agenda Report. – MF

From Ready for Revolution at Hood Communist: Glen Ford: From Elder to Ancestor

It is not uncommon to hear that many Africans were introduced to Glen Ford the moment they became ‘activated’ to move away from the democratic party. That introduction often came by way of The Black Agenda Report where Ford (and others) continuously picked apart the insidious and warmongering nature of the neoliberal party. It is no exaggeration to say that BAR set the tone for understanding that both parties are the same. During an 8-year-wave of overwhelming delirium for Barack Obama, Ford’s analysis was both sharp and sobering. His truth telling cut right through a mainstream media apparatus that propped up ‘good Black folks’ as representatives of fallacies about the material conditions of Africans in the US and exposed what counterinsurgency looks like.

In fact, it was the uncompromising position of Ford’s truth telling that exposed for many a new framework to understand just what was occurring—- The Black Misleadership Class. Understanding that there are actors within our community that serve a specific role in deterring the masses of our people away from liberation has produced other frameworks, such as identity reductionism. Because of that, one can not deny the impact that Black Agenda Report has had on Hood Communist and the impact that journalists like Glen Ford have had on all of us who push the importance of independent revolutionary African media.

Ford’s contributions forged a lane for the anti-imperialist politics of the Black radical tradition. His work in radio and print pushed for the heightening of the contradictions of the internal class struggle that exist within a Black community whose politics have been trapped into the confines of the democratic party, decade after decade.

The Hood Communist Collective offers our most sincere condolences to the entire Black Agenda Report family. Ford’s work gave many of us struggling against liberalism the ideological tools to confront the ambitions of the democratic party, ambitions antithetical to the liberation of our people. With an emphasis on a BLACK Agenda in politics he challenged the ‘political schizophrenia’ inherent to Black liberals and encouraged all of us to do the same.

Glen Ford Spent More Than Four Decades Delivering The News From A Black Perspective On A National Scale.

Glen Ford, a veteran broadcast, print and digital journalist who hosted the first nationally syndicated Black news interview program on TV before going on to found the Black Agenda Report website, has died, according to reports. He was 71 years old.

Ford’s cause of death was not immediately reported. Several sources announced his death late Wednesday morning, including Margaret Kimberley, an editor and columnist at Black Agenda Report, the weekly news magazine that offers commentary and analysis from a Black perspective which Ford launched and served as its executive editor.

I am sorry to inform you that Glen Ford, founder of Black Agenda Report, and my friend, comrade, and mentor has passed away. We will share more information as we receive it.

Condolences began pouring in on social media once news of Ford’s death broke.

My dear brother Glen Ford has passed! He kept alive the highest standards of truth-telling and justice-seeking of the Black radical tradition. He was a giant in revolutionary vision, analysis and praxis! We should never forget him! @blkagendareport

To call Ford a career journalist is a vast understatement. According to his bio on the Black Agenda Report website, Ford was reporting the news live on the radio as early as 11-years-old and went on to enjoy a career in journalism for more than 40 years that included working as a Washington bureau chief as well as a correspondent covering the White House, Capitol Hill and State Department.

After getting his start in news radio in Augusta, Georgia, Ford honed his skills at other local news stations and eventually created the “Black World Report,” a syndicated half-hour weekly news magazine that paved the way for the Black Agenda Report to be founded. Years later, in 1977, Ford helped launch, produce and host “America’s Black Forum,” the first nationally syndicated Black news interview program on commercial television.

Glen Ford, co-founder of @blkagendareport, was a fearless, incisive thinker and a kind soul. the news of his passing is heartbreaking. lal salaam.

That led to the creation of “Black Agenda Reports” two years later in a successful effort to focus his syndicated content in the areas of Black women, business, entertainment, history and sports.

The Black Alliance for Peace mourns the passing of Glen Ford (November 5, 1949-July 28, 2021) from an elder to an ancestor. pic.twitter.com/8tLfBQcmSw

About a decade later, Ford branched out into the then-burgeoning popularity of hip-hop culture with “Rap It Up,” the first syndicated hip-hop music show in American history.

After co-founding BlackCommentator.com in 2002, he and the rest of the website’s staff left to launch Black Agenda Report, which remains a popular source of information, news and analysis from a Black perspective.

Rest in Power Glen Ford. We want to send our condolences to his family, and the @blkagendareport family for this tremendous loss. But what a substantial and inspirational life he led in terms of liberatory media work. https://t.co/vo2AIWeg9T

In one of his final dispatches before his death, Ford, along with Kimberley, on July 21 addressed the jailing of former South Africa President Jacob Zuma, questioning on Black Agenda Report whether the resulting uprising there should be characterized as “riots” or an “insurrection.”

Born Glen Rutherford in Georgia in 1949, Ford famously has his surname shortened by James Brown, who owned the radio station where Ford got his start in Augusta, Georgia.

#GlenFord Presente!
Mobilization4Mumia sends condolences to his family and the staff at Black Agenda Report. His perceptive analyses will be missed. pic.twitter.com/ULrxJeK8hj

In an example of how Ford made a point to hold elected officials accountable, he once discussed during an interview in 2009 about the “ethical dilemma” he faced by questioning then-Sen. Barack Obama about his presidential agenda and his membership to the Democratic Leadership Council, which Ford — then working with BlackCommentator.com — referred to as “the right wing corporate mechanism of the Democratic Party.” Obama, Ford recalled, responded with a “fuzzy mish-mash of non-answers.” But because Ford “did not want to be seen as the proverbial crabs in a barrel” and affect Obama’s political ascent, he allowed Obama to pass what he called the “bright line test.”

I will forever be grateful to Glen Ford for giving this concept: “the black misleadership class.” Rest In Peace Glen Ford.

Ford said that was a mistake that he would never make again and suggested that it was a lesson well learned.

“I’ve never regretted a political decision as much as having passed Barack Obama when he should have failed the test; and we never made that mistake again,” Ford said in the interview.