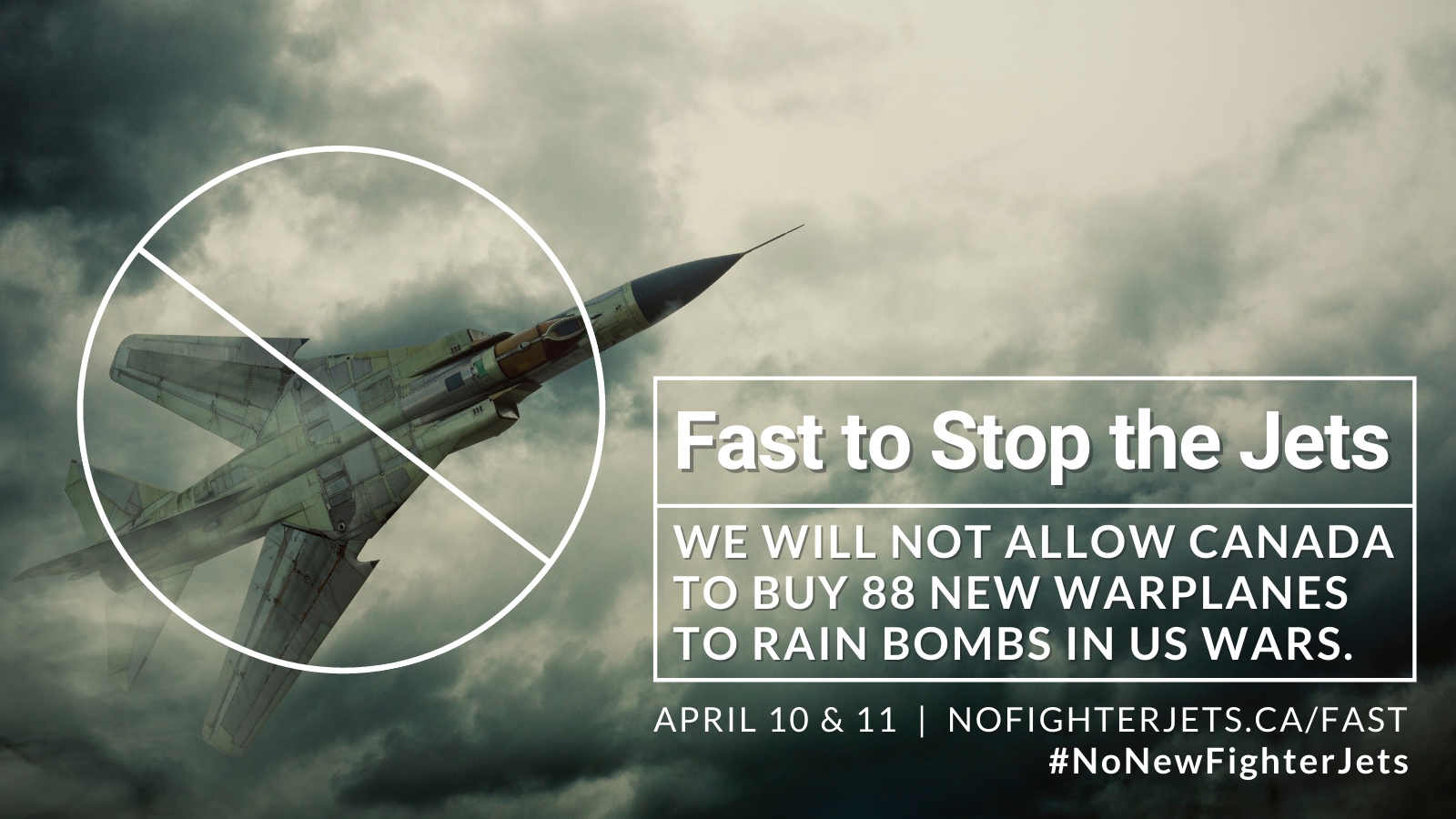 (Across Canada) – This weekend, over 100 concerned Canadians are holding a Fast Against Fighter Jets to call on the federal government to cancel its $19-billion competition for 88 new fighter jets. Public vigils and online candlelight ceremonies will be held coast to coast to object to this defence procurement.

The fast is organized by the No Fighter Jets Coalition, which is comprised of peace, justice and faith groups across Canada. Organizers do not want the government to buy any new fighter jets claiming that they are unnecessary, harm people and exacerbate the climate crisis. Sister Mary-Ellen Francoeur, a member of Pax Christi Toronto, explains, “I am fasting to express my moral objection to the cost of the jets.” Dr. Brenda Martin, a family physician in Langley, British Columbia is launching a two-week fast, arguing that “the federal government should be not invest in fighter jets but instead invest in tackling the climate emergency, ending homelessness and providing safe drinking water for First Nations communities.”

Outside Defence Minister Harjit Sajjan’s constituency office in Vancouver, the Women’s International League for Peace & Freedom will be holding a vigil from 10:00 a.m.-4:00 p.m. on Saturday, April 10 and Sunday, April 11. In Langley, Dr. Brendan Martin, a member of World Beyond War, will be fasting and is holding a public vigil from 9:00-6:00 p.m. at Douglas Park on Saturday. In Halifax, Kathrin Winkler, a grandmother and member of the Nova Scotia Voice of Women for Peace, is organizing an hour-long vigil at Victoria Park 11:00 a.m. on Saturday and banner drop at Citadel Hill at 11:30 am on Sunday. Organizers ask that people come to these in-person events wearing masks and respecting social distancing. In-person events in Ontario have been cancelled because of the lockdowns but people across the province are fasting.

There will be two public, online events on Saturday, April 10. At 10:00 am Eastern time, there will be an interfaith gathering for prayer and letter writing and at 7:00 pm. Eastern time, there will be a candlelit ceremony. On Sunday, April 11, the coalition is also launching an open letter to Pope Francis to seek his spiritual support for their campaign to stop the Trudeau government from buying new fighter jets. Pope Francis has made peace a priority for his papacy. More information about these actions and to register for the online events can be found at: nofighterjets.ca/fast

Two years ago, the federal government launched a competition for a fleet of 88 new fighter jets. Last July, the defence contractors submitted their bids. In the competition are Boeing’s Super Hornet, SAAB’s Gripen and Lockheed Martin’s F-35 fifth-generation stealth fighter. The federal government stated that it would select the winning bid in early 2022.

The No New Fighter Jets coalition claims that new fighter jets are fiscally irresponsible when the federal government is running a $268-billion deficit due to the pandemic. The coalition estimated that the true life-cycle costs of the new fighter jets will be closer to $77 billion in a report released this past March. The fast is also timed to coincide with launch of the annual Global Campaign Against Military Spending led by the International Peace Bureau. This year’s theme is “Defund the Military and Defend People and the Planet.” 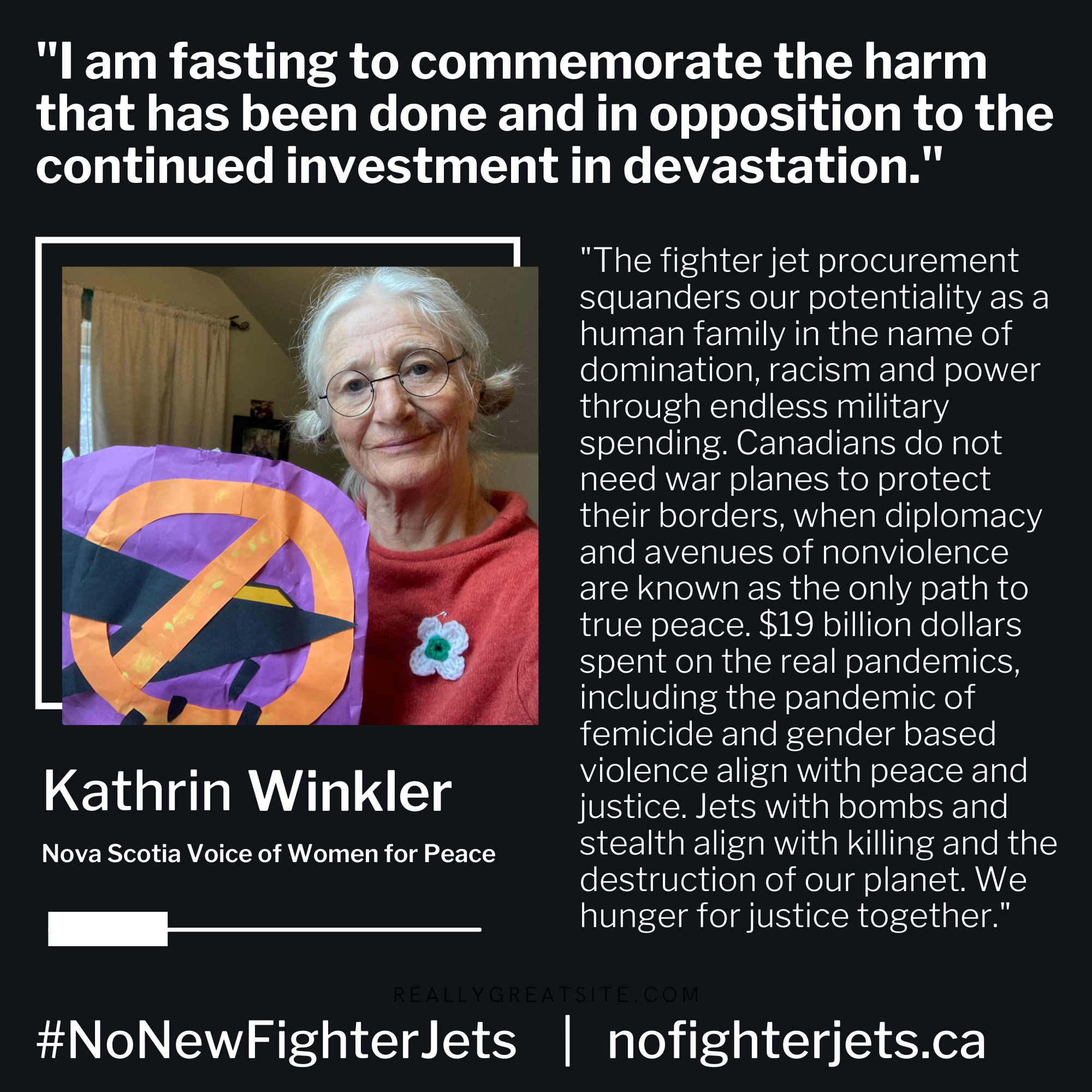 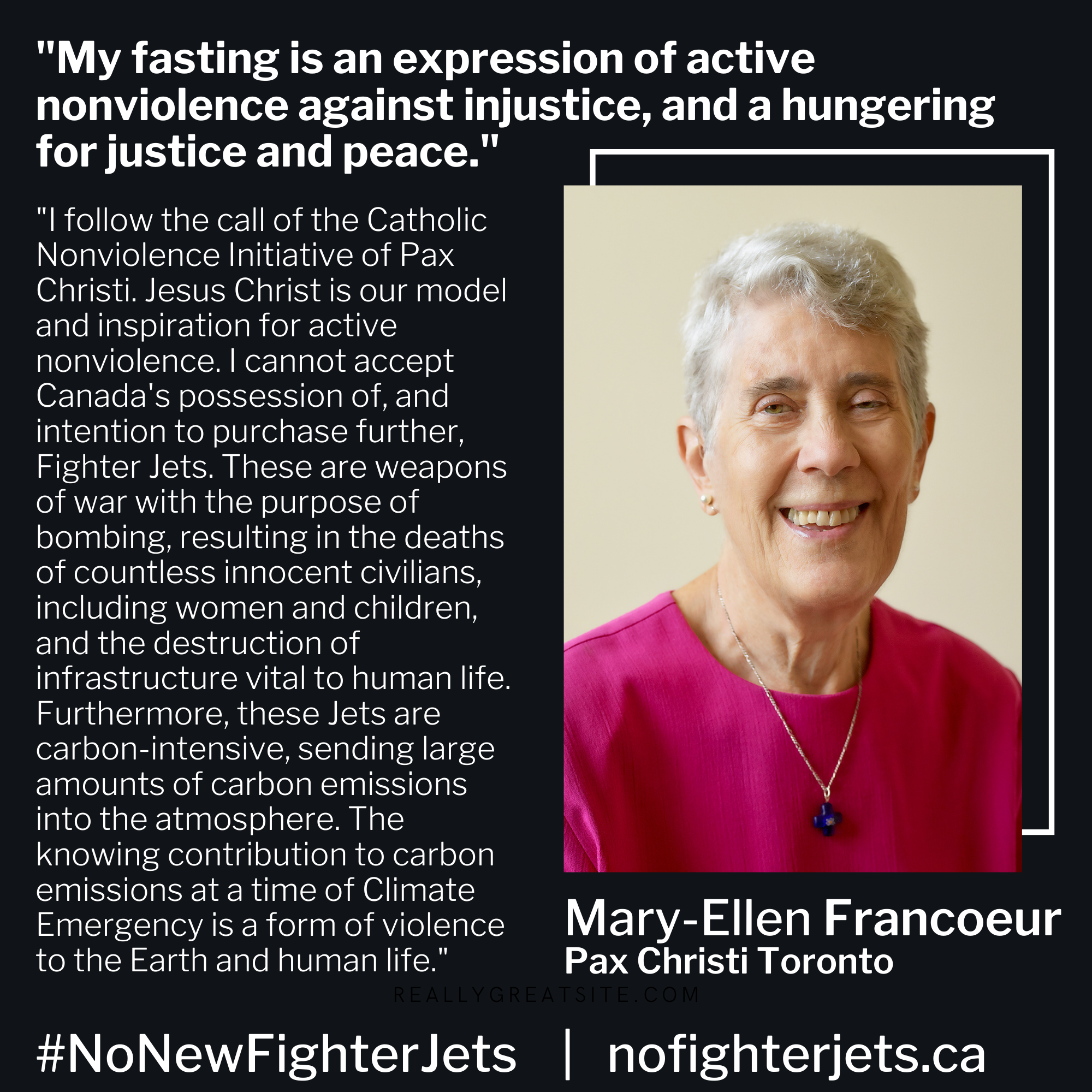 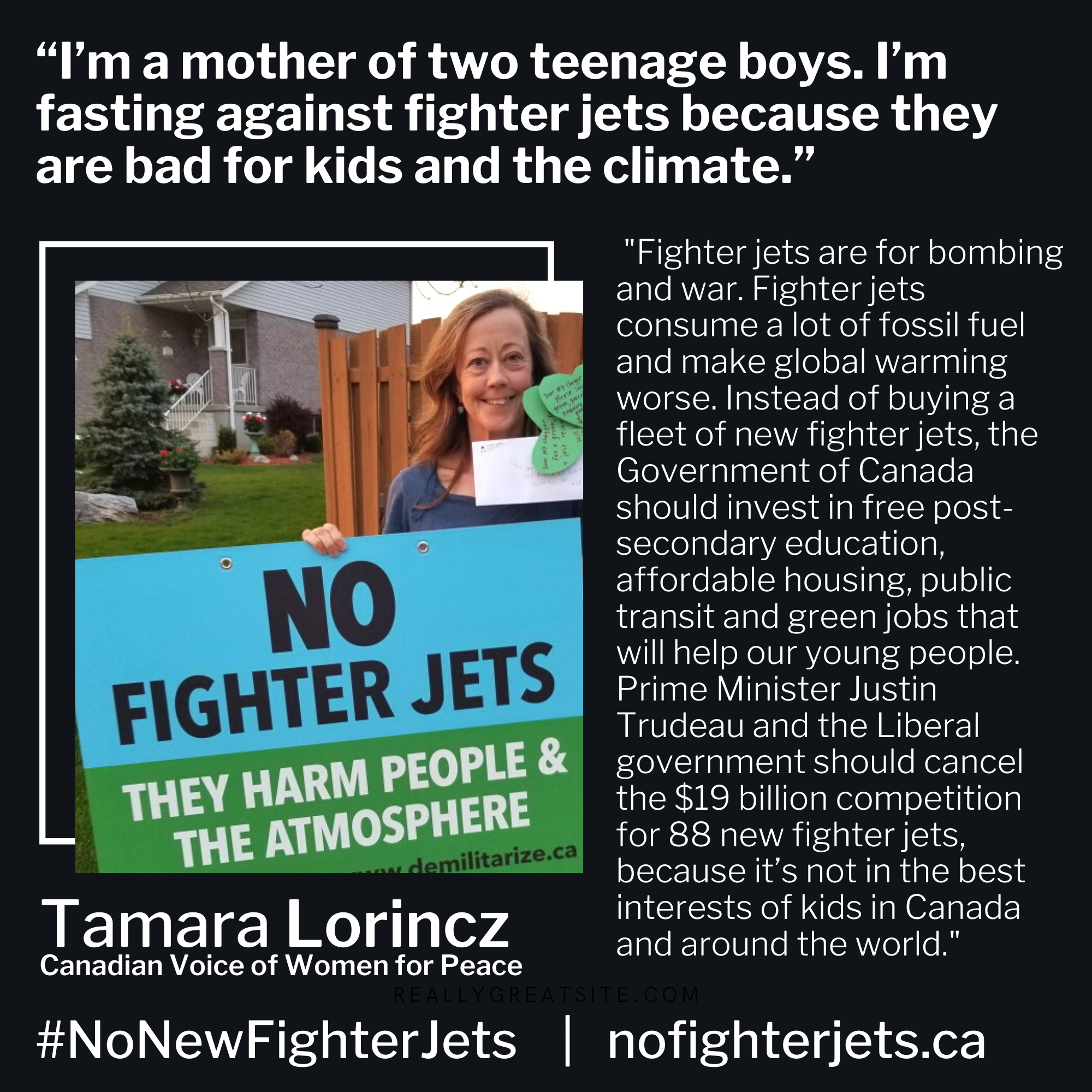 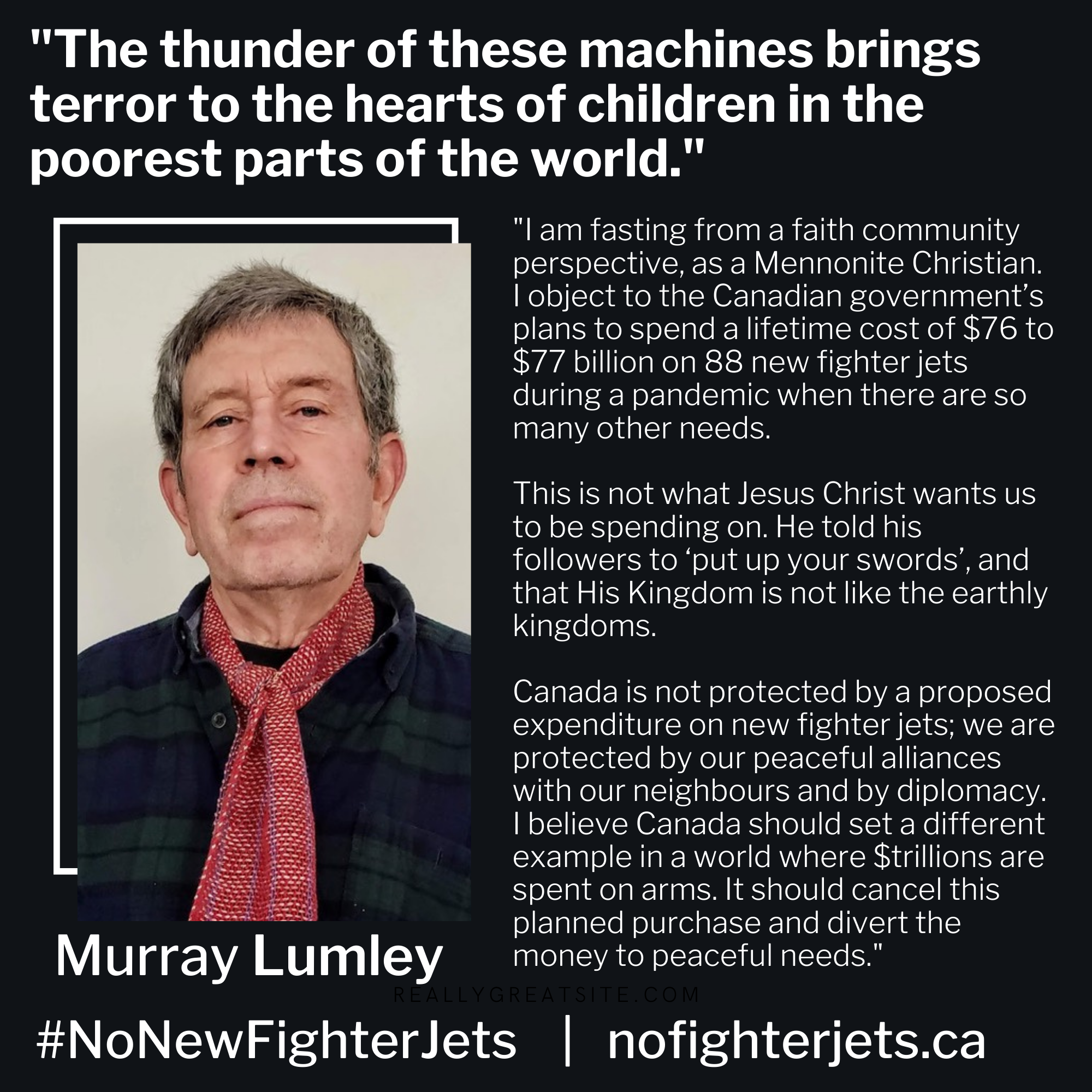 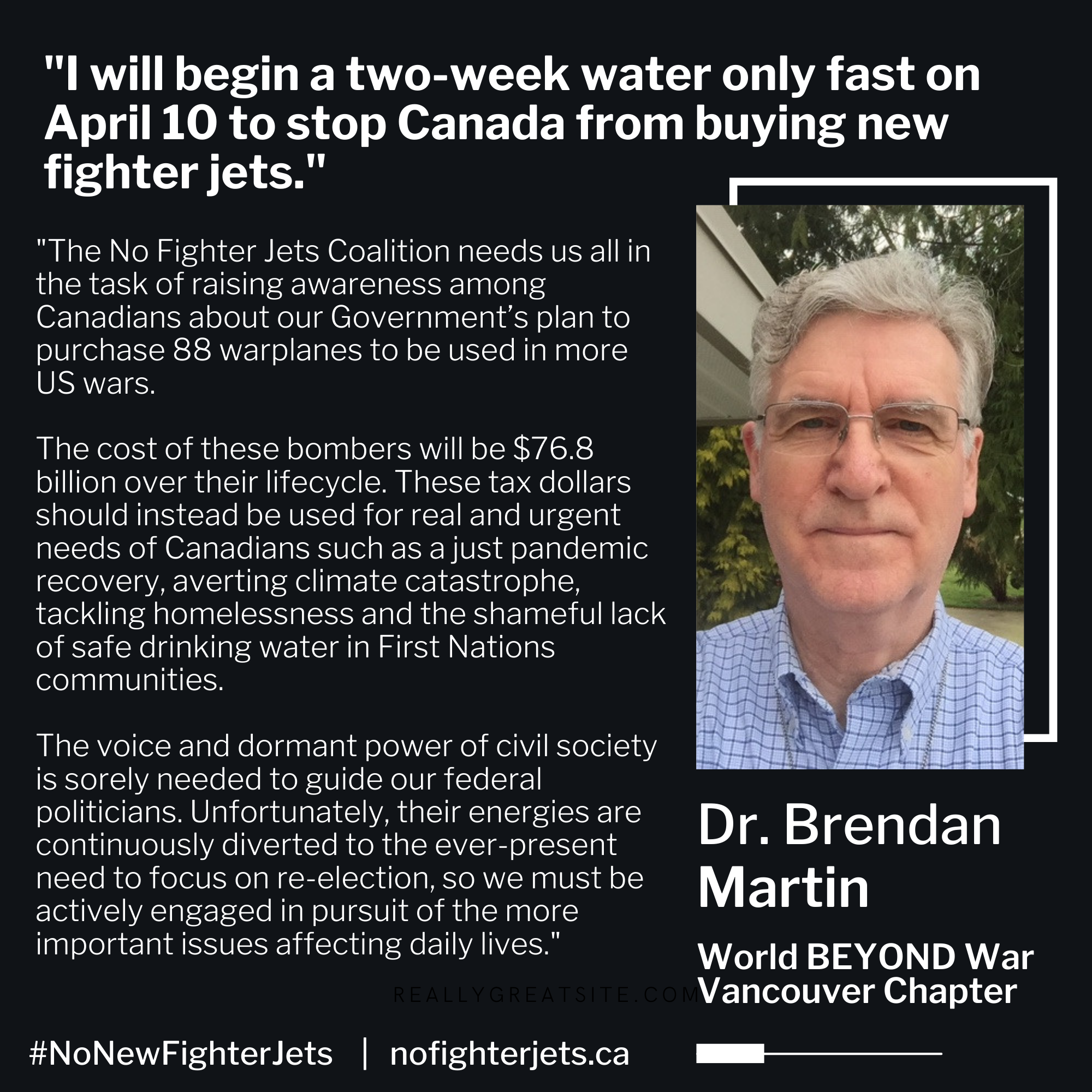 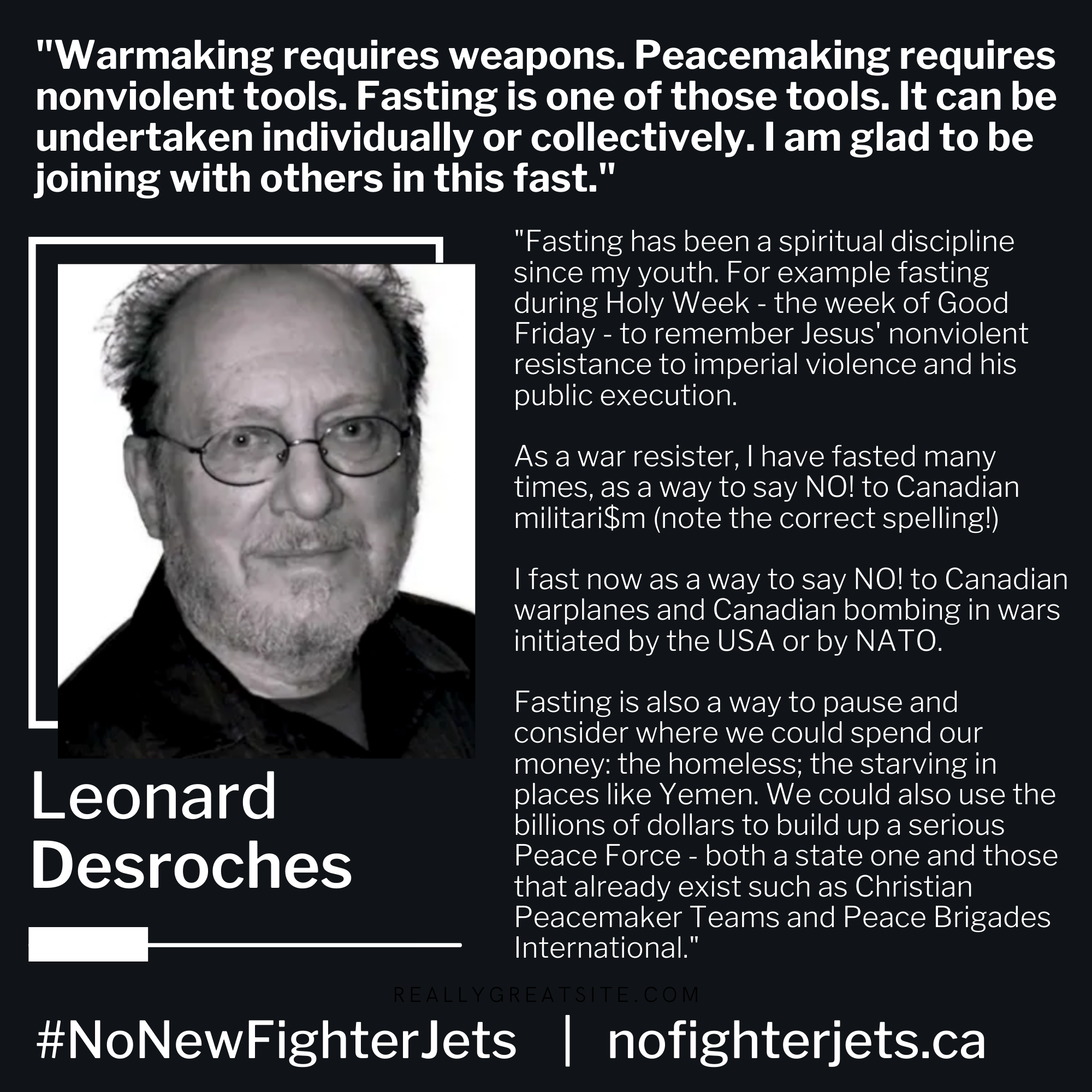 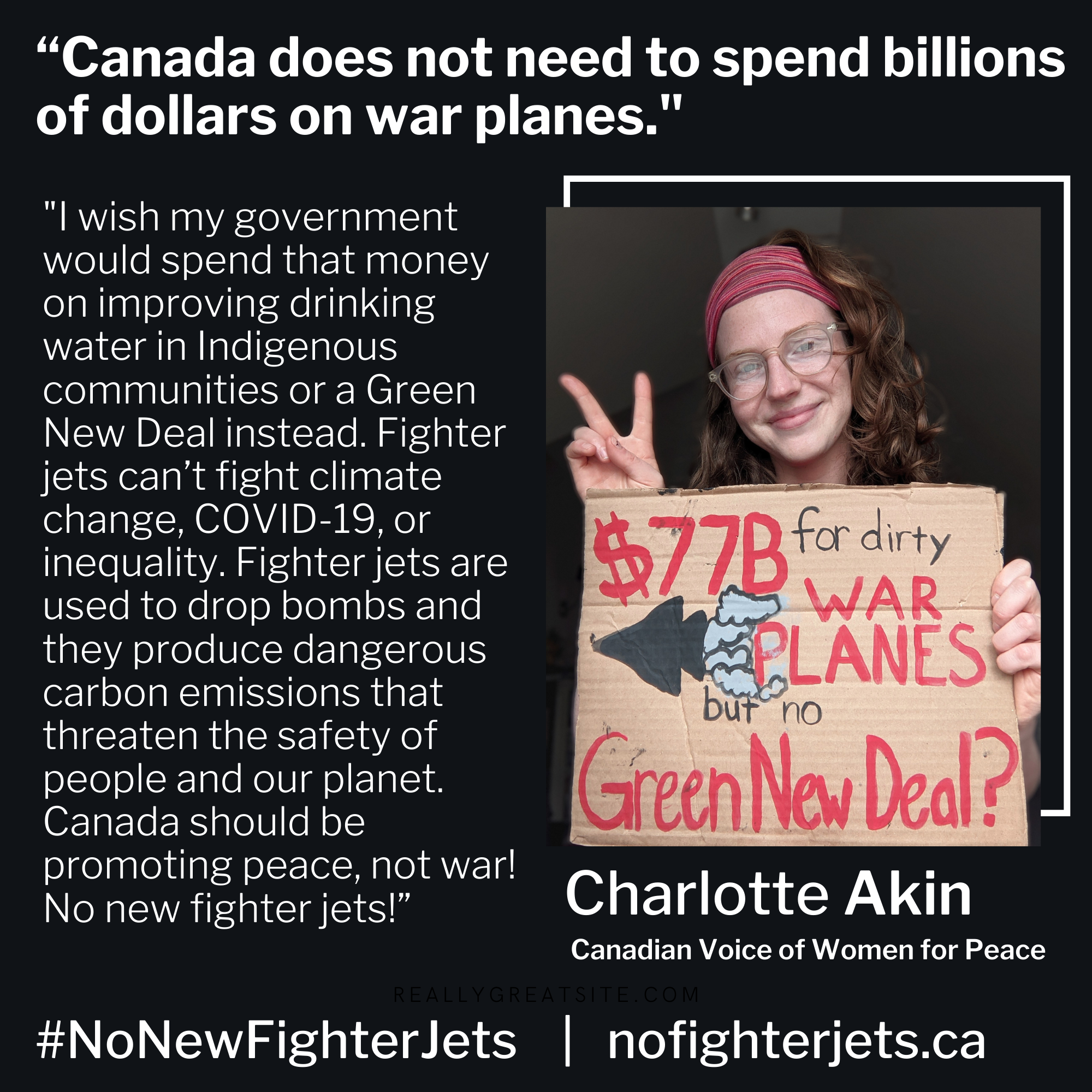 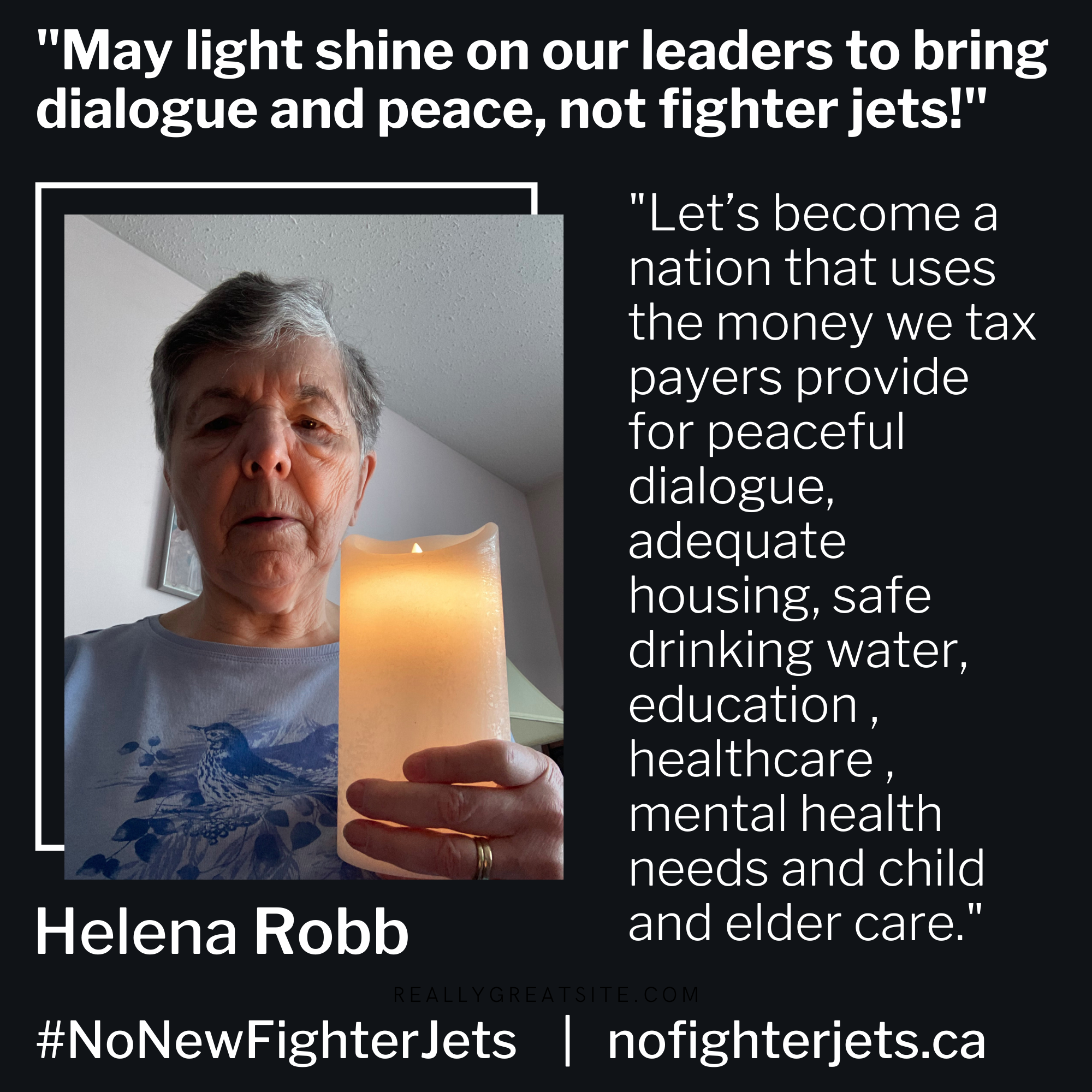