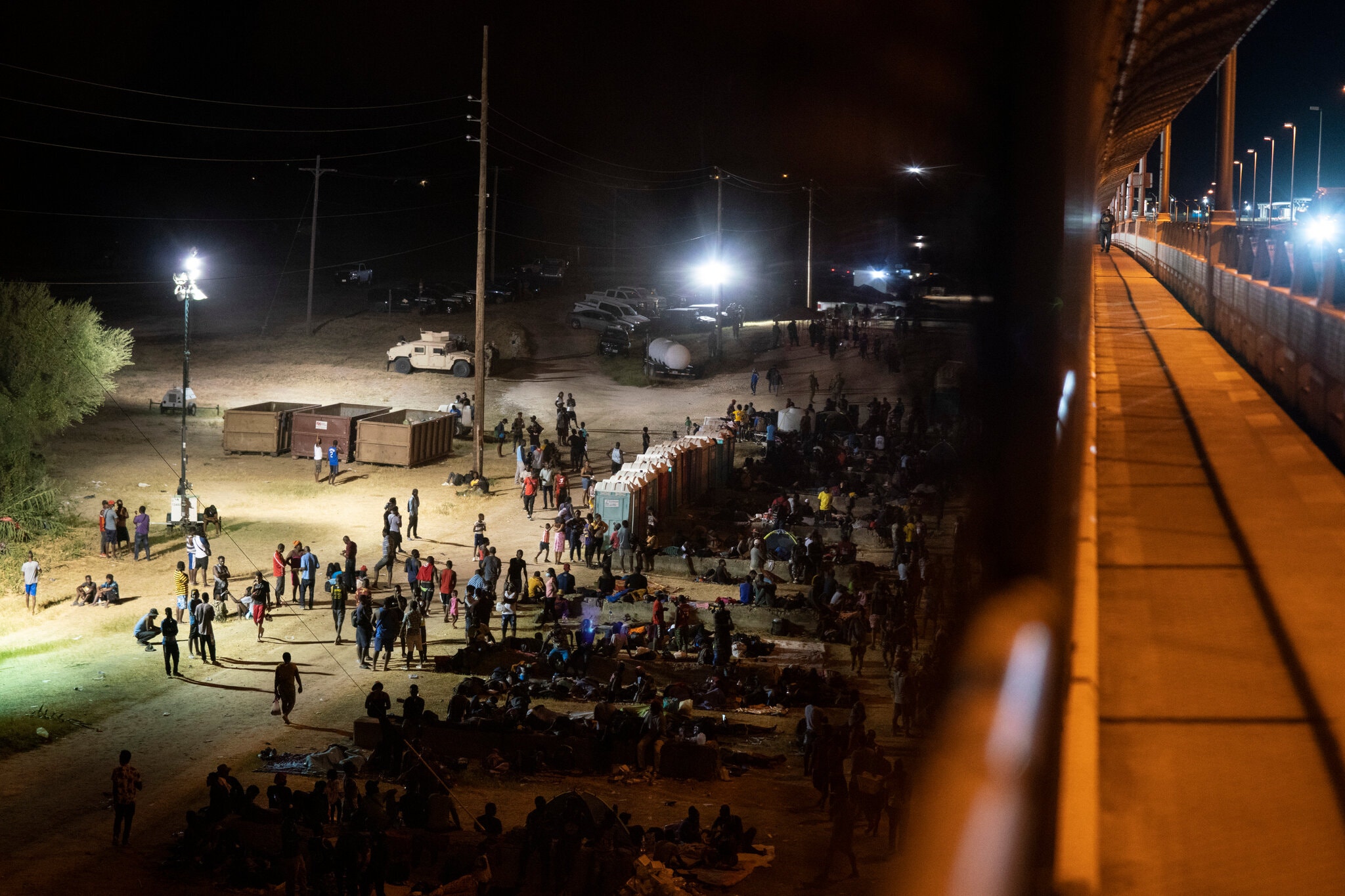 SEPTEMBER 18, 2021—When a white Fox News reporter used a drone to film the thousands of Haitian and other Black asylum seekers camped beneath a bridge spanning the Rio Grande and linking Del Rio, Texas to Ciudad Acuña, in the Coahuila state of Mexico, he immediately (and deliberately) brought a stereotypical image of Black migration: That of the teeming, African hordes, ready to burst the borders and invade the United States. Such images are as cheap as they are racist. And, typically, they erase the larger question: Why are so many Haitians at the U.S. border?

But before that question could be addressed, the Biden administration struck with a decisiveness not seen throughout its 9-month tenure in office in ordering Haitian refugees—many of them with legitimate asylum claims—to be summarily deported to Haiti. As of September 20, more than 300 Haitian asylum seekers have been forced to board deportation flights to Haiti. The Associated Press and other U.S. media outlets have reported the Haitians were flown back to their “homeland.” But few knew where the flights were going, and many would have preferred to return to Brazil and other places they had sojourned. Cold, cynical and cruel, the Biden administration promises more deportations in the coming days.

This rogue state action is both morally indefensible and illegal under international law. The United Nations 1951 Refugee Convention “recognizes the right of persons to seek asylum from persecution in other countries” and stipulates that states have an obligation to provide reasonable measures to allow for individuals to seek asylum.

“Seeking asylum by individuals who may be facing prosecution, imprisonment and even death because of political affiliation or membership in racial, national, sexual or religious groups is a recognized requirement under international law,” says Ajamu Baraka, national organizer for the Black Alliance for Peace (BAP). “That the Biden administration has ordered federal authorities to mass deport thousands of Haitians, which will probably have the effect of driving many of them who will resist deportation back into Mexico and Central and South America, is both unprecedented in its scope and fundamentally racist.”

What makes the Biden policy even more outrageous is U.S. policies have created the economic and political conditions in Haiti that have compelled tens of thousands to flee.

Janvieve Williams of BAP member organization AfroResistance points out, “Racist U.S. policies in Haiti, supported by the Core Group, the UN, and other international organizations, have created the situation in Haiti—and at the border.”

If successive U.S. administrations had not undermined Haitian democracy and national self-determination, there would be no humanitarian crisis in Haiti or on the U.S. border. George W. Bush greenlit the 2004 coup against elected president Jean Bertrand Aristide. The UN sanctioned the coup with a full-scale military occupation. The Obama administration installed Michel Martelly and the Duvalierist PHTK party. And the Biden administration upended democracy in Haiti by supporting Jovenel Moïse despite the end of his term. All of these imperialist interventions have ensured that thousands would have to seek safety and refuge outside of Haiti. The U.S. policy response? Imprisonment and deportation. The United States has created an endless loop of dispossession, depravity and despair.

The Black Alliance for Peace calls on the Congressional Black Caucus and all human-rights and humanitarian groups to demand the Biden administration live up to its responsibility under international law and give Haitians a fair chance to seek asylum. We also call on the Biden administration and the Core Group to stop their interventions into Haitian politics and allow Haitian people to form a government of national reconciliation to restore Haiti’s sovereignty.