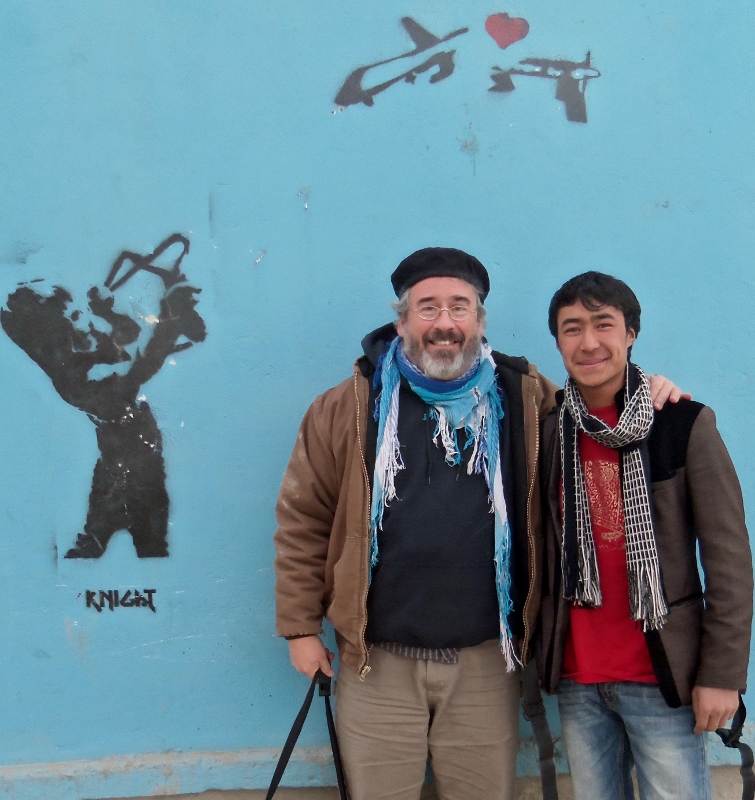 On Thursday, April 15, the New York Times posted an article headed, “How the U.S. Plans to Fight From Afar After Troops Exit Afghanistan,” just in case anyone misunderstood the previous day’s headline, “Biden, Setting Afghanistan Withdrawal, Says ‘It Is Time to End the Forever War’” as indicating the U.S. war in Afghanistan might actually come to an end on September 11, 2021, almost 20 years after it started.

We saw this bait and switch tactic before in President Biden’s earlier announcement about ending U.S support for the long, miserable war in Yemen. In his first major foreign policy address, on February 4, President Biden announced “we are ending all American support for offensive operations in the war in Yemen,” the war waged by Saudi Arabia and its allies since 2015, the war he called “a humanitarian and strategic catastrophe.” Biden declared “This war has to end.”

As with last week’s announcement that the U.S. war in Afghanistan would end, “clarification” came the following day. On February 5th, the Biden administration dispelled the impression that the U.S. was getting out of the business of killing Yemenis completely and the State Department issued a statement, saying “Importantly, this does not apply to offensive operations against either ISIS or AQAP.” In other words, whatever happens in regard to the war waged by the Saudis, the war that the U.S. has been waging in Yemen since 2002, under the guise of the Authorization for Use of Military Force passed by congress authorizing the use of the U.S. Armed Forces against those responsible for the September 11 attacks, will continue indefinitely, despite the fact that neither ISIS nor Al Qaeda in the Arabian Peninsula existed in 2001. These other “offensive operations” by the U.S. that will continue unabated in Yemen include drone strikes, cruise missile attacks and special forces raids.

While what President Biden actually said regarding the war in Afghanistan last week was “We will not take our eye off the terrorist threat,” and “We will reorganize our counterterrorism capabilities and the substantial assets in the region to prevent re-emergence of terrorist threat to our homeland,” the New York Times could not be far off as they interpreted those words to mean, “Drones, long-range bombers and spy networks will be used in an effort to prevent Afghanistan from re-emerging as a terrorist base to threaten the United States.”

It appears from his statements and actions regarding the war in Yemen in February and regarding the war in Afghanistan in April, that Biden is not so much concerned with ending the “forever wars” as he is with handing these wars over to drones armed with 500 pound bombs and Hellfire missiles operated by remote control from thousands of miles away.

In 2013, when President Obama promoted drone wars claiming that “by narrowly targeting our action against those who want to kill us and not the people they hide among, we are choosing the course of action least likely to result in the loss of innocent life” it was already known that this was not true. By far, most victims of drone attacks are civilians, few are combatants by any definition and even those targeted as suspected terrorists are victims of assassination and extrajudicial executions.

The validity of Biden’s claim that U.S. “counter terrorism capabilities” such as drones and special forces can effectively “prevent re-emergence of terrorist threat to our homeland” is taken for granted by the New York Times– “Drones, long-range bombers and spy networks will be used in an effort to prevent Afghanistan from re-emerging as a terrorist base to threaten the United States.”

After the Ban Killer Drones “international grassroots campaign working to ban aerial weaponized drones and military and police drone surveillance,” was launched on April 9, I was asked in an interview if there is anyone in the government, military, diplomatic or intelligence communities who supports our position that drones are no deterrent to terrorism. I do not think that there is, but there are many people formerly holding those positions who agree with us. One example of many is retired General Michael Flynn, who was President Obama’s top military intelligence officer before he joined the Trump administration (and was subsequently convicted and pardoned). He said in 2015, “When you drop a bomb from a drone… you are going to cause more damage than you are going to cause good,” and “The more weapons we give, the more bombs we drop, that just… fuels the conflict.” Internal CIA documents published by WikiLeaks document that the agency had similar doubts about its own drone program- “The potential negative effect of HVT (high value targets) operations,” the report states, “include increasing the level of insurgent support […], strengthening an armed group’s bonds with the population, radicalizing an insurgent group’s remaining leaders, creating a vacuum into which more radical groups can enter, and escalating or de-escalating a conflict in ways that favor the insurgents.”

Speaking of the effect of drone attacks in Yemen, the young Yemeni writer Ibrahim Mothana told Congress in 2013, “Drone strikes are causing more and more Yemenis to hate America and join radical militants.” The drone wars the Biden administration seems hell bent on expanding clearly damage and set back security and stability in the countries being attacked and increase the danger of attacks on Americans at home and abroad.

Long ago, both George Orwell and President Eisenhower foresaw today’s “forever wars” and warned of nations’ industries, economies and politics becoming so dependent on the production and consumption of armaments that wars would no longer be fought with an intention of winning them but to ensure that they never end, that they are continuous. Whatever his intentions, Joe Biden’s calls for peace, in Afghanistan as in Yemen, while pursuing war by drone, ring hollow.

For a politician, “war by drone” has obvious advantages to waging war by ordering “boots on the ground.” “They do keep the body bag count down,” writes Conn Hallinan in his essay, Day of the Drone, “but that raises an uncomfortable moral dilemma: If war doesn’t produce casualties, except among the targeted, isn’t it more tempting to fight them? Drone pilots in their air-conditioned trailers in southern Nevada will never go down with their aircraft, but the people on the receiving end will eventually figure out some way to strike back. As the attack on the World Trade towers and recent terrorist attacks in France demonstrate, that is not all that hard to do, and it is almost inevitable that the targets will be civilians. Bloodless war is a dangerous illusion.”

The war is never the way to peace, the war always comes home. With the exception of four known “friendly fire” casualties, every one of the many thousands of drone attack victims has been a person of color and drones are becoming another military weapon passed on from war zones to urban police departments. Technical advances and proliferation of drones as a cheaper, more politically safe way for many countries to make war on their neighbors or across the globe make forever wars more intractable.

Talk of peace in Afghanistan, Yemen, the streets of the U.S., is not coherent while waging wars with drones. We must urgently demand a ban on the production, trade and use of weaponized drones and an end to military and police drone surveillance.”

Brian Terrell is a peace activist based in Maloy, Iowa.